Approaching the Terminal de Cruceiros in Vigo, the ship blasted its horn and I startled awake. The captain had really pushed this leg. We were nearing the docks and it was just past 7 (GMT+2) Spanish time (as well as most of Western Europe.) I got cleaned up and arranged my gear for another day of car travel, taking passport, ship ID, cameras, spare batteries, journal and a bottle of water. Checking the weather, it would be partly cloudy, possible showers, and temperatures near 60°F+/-3°. All in my backsack, with my yellow rain slicker tucked under my arm, I headed to Waves and immediately ran into my companions for the day. Patricia was prepared as cautiously as I, but Reg had decided to skip his mack and brave the day with a sports jacket. We ate hearty, with me starting with oatmeal and adding scrambled eggs and sausages with toast. Lunch wouldn’t be until about 1.

We left the #Meraviglia after getting checked off their list, crossed the concrete to Customs and Immigration for a cursory wave of passports, similar to what we’d done in Ponta Delgada and Lisbon, and exited the terminal building. Vincente, our driver from Galicia Mystic Tours, was standing out front with a sign bearing my family name, and we all introduced ourselves as we walked past a Burger King. The co-cathedral of Santa Maria (Colexiata de Santa María de Vigo) was practically directly in front of us, so we carefully crossed the Avenida de Beiramar and approached the broad red-tiled roofed building with two domes bell towers. Situated in a densely urban area, it was still possible to walk around the building before we entered the nave.

With large two story tall plain stone columns dividing off the side aisles, the blue of the tile work of the seraphim on either side of the sanctuary jumped out. The rounded back of this space was covered by a gold mosaic with a large crucified Christ over the tabernacle. The dome above this altar had more angles in blue tile, as well as a triumphant Christ. The bishop’s throne, sitting to the Epistle side, was an understated cathedra. This is perhaps because this is a co-cathedral, sharing diocesan responsibilities with the main cathedral in Pontevedra.

Per the plan Mariana of #ViaHero developed for me, we would meet at 9:30 (we were early) and spend 45 minutes in downtown #Vigo at the cathedral. We needed a bit less time, so we were ahead of schedule leaving from the car park in a Mercedes sedan, with Reg and Patricia in the back and me up front. The ride was 40km, and would take about 45 minutes, using the A-55. Initially a bit twisty, the roadway eventually straightened out once we got to O Porrino. Arriving in Tui from the north, we had to skirt around the city center on the east to get to the cathedral. #Tui is a city set on the Minho River which forms the border between Spain and Portugal. Vincente dropped us off at the Praza de San Fernando, in front of the west entrance to this large church backing onto a steep drop.

There was no way to walk the circumference: walking the north wall, the street curved around to a steep incline down to the plain next to the river. A large walled cloister sits to the south of the cathedral, with its south wall overlooking a tree-filled park a drop below. From the plaza, the Catedral de Santa María de Tui appears to be almost fortress-like. The entry is covered by a large arched porch, with a single pair of doors. The porch sits in front of a 4-story stone block wall with few windows. Entering the nave, natural light has little access although the Vestry has seen to providing enough artificial light. Cruciform in layout, the side aisles become part of the transepts where elaborate side altars hold relics and art work. The “new” main altar sits just beyond the crossing with the old quire behind it. We headed out into the cloister, which was bright and airy, as we felt we left the oppressive darkness of the cathedral. Reg and I decided to climb the tower, which has spectacular views. After about an hour we collected Patricia and went out to find Vincente waiting for us with the car. Slightly ahead of schedule, we exited the city from the west and headed back towards O Porrino.

Turning to the east on the A-52, we headed through hilly forested countryside on a smooth motorway. The civil engineers had bypassed almost all the small towns such that we mainly saw trees and rocks along the highway. At Ribadavia we came to a large reservoir, Encoro de Castrelo do Miño, formed by damming the Minho in the 1970s. Water is used to irrigate the vineyards of the Ribeiro. At Arrabaldo we crossed the river, continuing on to Ourense. 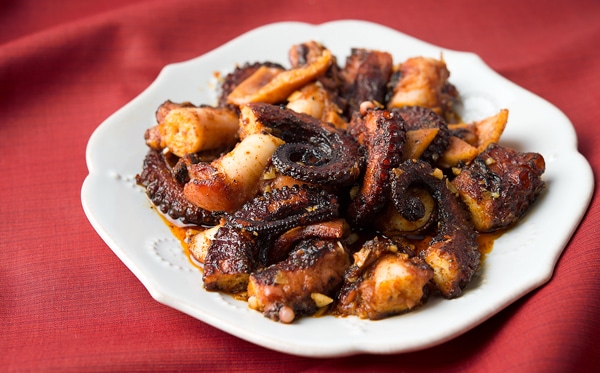 The cathedral in #Ourense opens at 2pm on Sundays, so we had about 75 minutes to have lunch and see a bit of the city. Mariana had recommended Restaurante A Palleira, about 10 minutes from the cathedral, for its excellent meat and seafood dishes. Her advice was to try the pulpo and zamburiñas, octopus and scallops respectively. I had the pulpo Gallego receta, an interesting galoisian salad preparation of grilled octopus and paprika. Patricia had the zamburiñas al horno. Reg wasn’t as brave selecting a dish made with hake called Merluza a la Gallega. We never figured out what Vincente had, but I thought it looked delicious. Over our light meal we did sample several of the local wine offerings.

We strolled to the cathedral, arriving shortly after it opened. Another fortress-like building, it is squeezed into an urban plan built on a slight hill. The most spectacular element of the outside is the octagonal tower which sits over the crossing and main altar, but isn’t visible up close. Vincente checked Google Maps, and it was possible to walk around the building, however, most of the streets looked like narrow alleyways, and wouldn’t really afford a better view. We entered the Catedral de Ourense which also goes by Catedral do San Martiño. There is a nice high vault supported by columns that are bridged by slightly pointed arches. The octagonal tower is the main source of natural light, and is impressive stonework. The reredos behind the main altar is highly ornate gilded scenes of saints.

It was getting close to 3pm, and our return trip using the same roads would take us 70 minutes. We really didn’t want to miss the ship, so we had Vincente escort us to the car and we took off. Light showers came and went a few times, usually as we crested a rise. Fortunately, we were on this excursion on a Sunday, and traffic was light. Not breaking any speeding laws (much), we actually got back to Vigo just before 4, so Vincente took us on a driving tour of the city along the Ria de Vigo to the Playa de Samil, returning by the Centro before dropping us off at the terminal. We settled up, giving him a nice tip.

The ship’s excursion buses that had gone north to Pontevedra and Santiago de Compostela were late getting back, not arriving until just after 5, delaying our departure. In the meantime, I’d gone back to the cabin and had some water, washed my face and got rid of my parka, which had seen use only to keep the chill off. Patricia and Reg met me for martinis, remarking that they hadn’t heard of this offering. Crossing through the color spectrum, the first was a Lychee and Rose Petal Martini, followed by a Green Intensity, with the whisky- 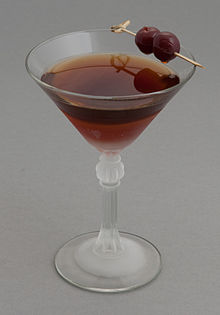 based a classic Rob Roy as the third. The pink concoction had lychee puree, lemon juice and rose syrup and a rose petal, while the green one was lime juice, basil leaves and a jalapeno slice. Rob Roys are scotch and vermouth, and Ramon was using sweet vermouth and a dash of bitters, hence a darker color. In addition to the color spectrum, these hit the flavor spectrum as well. My to-go drink was another Rob Roy, this with a mix of sweet and dry vermouth, a “classic” Rob Roy. Patricia, Reg and I continued to hang out in the TV Studio area, and I’d brought my photobook #CathedralsToTheGloryOfGod with me for them to look at. Reg was quite impressed with the breadth of coverage, while I tried to not be dismissive, noting I’d seen about 10% of the estimated 5000 #cathedrals in the world. Even with those seen in Britain and the US heartland last year, and those I’d be visiting in the coming weeks, I’d have a ways to go to reach the 1000 photos mark for the photobook series. Trip count of cathedrals visited at this point is a dozen.

At 8 they headed to their dining room and I headed back to my table in Panorama. The Carolinians and Canadians had been on the bus excursion, although on different buses. Apparently the delay was waiting on two couples (each on a different bus) who had queued up late to climb the stairs behind the altar at the Santiago cathedral to hug the statue of Saint James.

While I’d been away from the table tomorrow, this was my last but one dinner with the group, so I ordered a gran reserva rioja for dinner, hoping it would be kept well for the extra night. I started with stuffed mushrooms followed by a petit filet which came with roasted potatoes and asparagus spears. The wait staff had already pulled three cheese plates, so I obliged them, especially since they included two Spanish cheeses tonight, manchego and Arzúa-Ulloa, the latter from #Galacia.

Leaving the table, as we strolled past the gelato bar, we all decided we needed to try it. The black current was my choice, as I figured it might be a good lead into a crème de cassis after dinner drink. The gelato ws superb, with rich but subtlety intense flavors. As we passed the Theater Bar and Lounge I got my little snifter of cassis, and we all headed into the Broadway Theater for the last showing of “Way”. Lots of neon on a darkened stage, the backdrop was reproductions of classic early 20th century paintings. The women swirled their wide skirts as the men quasi-flamenco stomped their boots. It was a hoot and we all enjoyed immensely.

With no time change happening overnight, we parted and I headed down to my cabin. I pulled open the curtains which Lydia had closed when she prepared the bed for the night so I could look out to the Atlantic. Downloading a ton of pictures of the 3 cathedrals, I set the batteries to charge, finished this blog and will post it, and then to sleep.